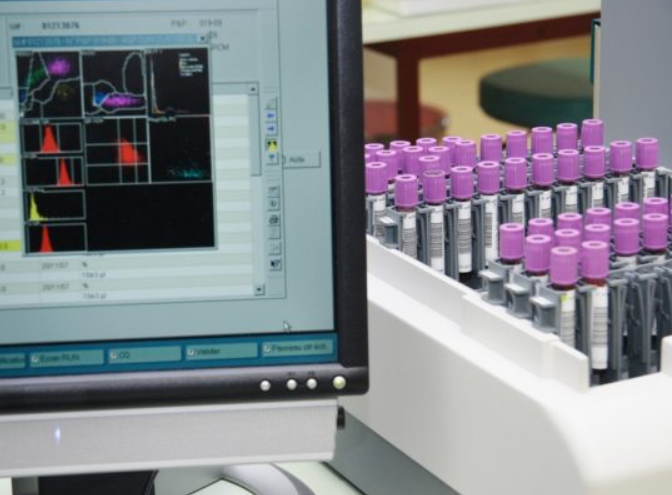 Developing data sharing in medical biology meets healthcare professionals’ main concerns. 60 to 70% of diagnoses depend on biological examination results, a statistic which can reach up to 80% in hospitals. However, the exchange of in­formation between everyone involved in diagnosis and care is frequently affected: either paper copies of results circulate and need to be scanned, or they are compu­terised but difficult to read and poorly integrated into the recipient’s software due to problems with structuring and/or standardisation.

It started in 2013 with the goal of helping physicians visualise the structured results of the biological examinations that they prescribe in a consistent and ergonomic way (intuitive navigation, readable values and graphics, background, etc.) regardless of which laboratory they were issued from.

At the time, the Alsace eHealth Cooperation Group chose to base the project on the region’s progress in deploying shared medical records (SMRs) and to make use of the repositories made available by ASIP Santé (CDA R2, LOINC). Implementing prototypes validated the support of the various healthcare professionals for the project and led to it being standardised across the region.

The work achieved during the Albiom project has allowed other perspectives to be opened up. This has become more prevalent since the 2016 biology decree forced laboratories to structure their reports and use MSSanté by 2020.

At the beginning of 2017, nearly 70 laboratories in Alsace had transferred over 30,000 biology reports into nearly 8,000 shared medical records which ended up constituting 45% of the documents available in these files.

More recently, the Terr-eSanté program (regional digital healthcare in Ile-de-France) has had a surge in receiving structured biology examination re¬ports. The reports are exchanged via software publisher Enovacom’s inte¬roperability platform which acts as ‘translator’ if necessary (for example transforming the HPRIM format into CDA R2 N3 and integrating LOINC co¬ding into files).

It refers to the various workers and communication for¬mats used, and can therefore be used to transmit the document to the right recipient in the right format. It is sent via MSSanté and feeds into SMRs and a results ser¬ver which patients can access.

In the spring of 2018, nearly 300 professionals were involved in Terr-eSan¬té. The project, which covers an area of 370,000 inhabitants northwest of Val-de-Marne and west of Paris’s 13th district, will now be extended to an extra 500,000 additional Île-de-France inhabitants to respond to the need for e-patient care projects. Moreover, this project has been contributing to growth in other places in the same region.