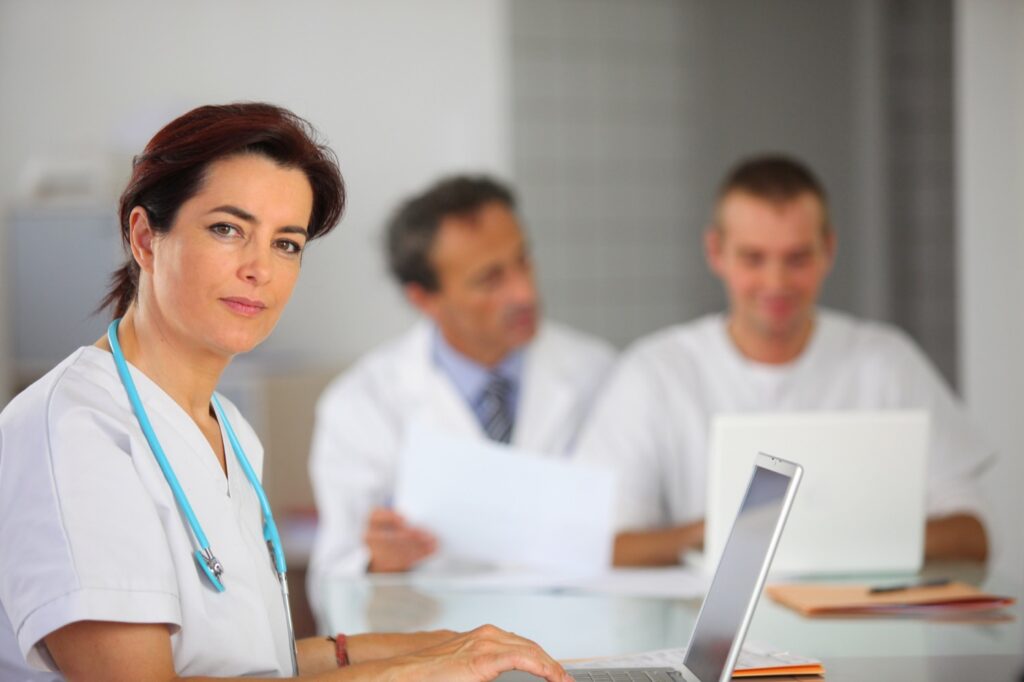 Between physicians and patients

As soon as the MSSanté secure messaging service was implemented, the Rouen University Hospital saw a rise in satisfaction from independent physicians who have been able to use the service to ask their secretaries for appointments or receive more reports quickly. The University Hospital’s electronic patient records (EPRs) offer a dedicated interface for quickly sending large quantities of documents.

The messaging project has led to the health organisation developing its EPRs and, more widely, to “review some internal business processes, such as the report auditing trail, and improve information flow tracking” reported Delphine Sacquépée, manager of this project and Head of Department for ‘Integration, Repositories and Data Flow’ in the health organisation’s EHRs.

Following a recommendation for improvement at the end of the HAS certification procedure, Valvert Hospital in Marseille focused on reducing delays when sending out letters discharging patients to independent physicians. Using the MSSanté secure messaging service has encouraged it to continue digitalising all its documents. It was similarly able to increase the exchange of patient care information between its doctors and their correspondents and external healthcare organisations.

The secured link between hospitals and patients

Many healthcare organisations now communicate via text with their patients, but the hospital in Villefranche-sur-Saone was one of the first.

In 2010, its IT manager, who understood integration solutions perfectly, implemented a connector to send text messages directly from EPRs. Patients could receive reminders for medical appointments with details about what documents they needed to bring, as well as messages wishing them a speedy recovery after leaving hospital. This innovation even sent them parking codes for spaces reserved for patients who required overnight stays in hospital.
The number of patients not coming to appointments quickly fell by 93% after this system was introduced. For these two organisations, choosing secure messaging was also needed to adapt practices to the situation on the ground as professionals are increasingly using traditional tools in their business relationships by messaging, despite the confidentiality risks posed by their exchanges.

The number of patients not coming to appointments quickly fell by 93% after this system was introduced.