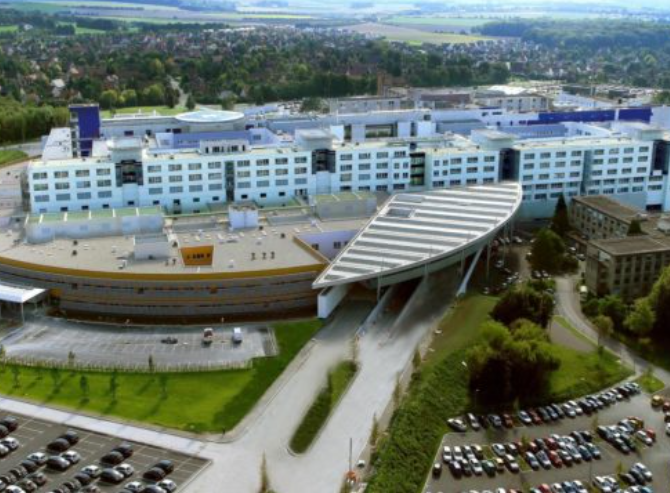 With over 6,200 members of staff, Amiens-Picardie University Hospital is one of the two benchmark public university healthcare organisations in the Hauts-de-France region. With construction work underway, its new building naturally highlighted the need to focus on how best to pool resources and be as efficient as possible. One innovative idea they implemented was to use an intelligent system for managing and processing alarms connected to their equipment to improve efficiency and workers’ daily lives.

In this interview, we reveal the details behind the innovative idea with Olivier TARGA – IT System – Support and Engineering Functions Centre, and Sébastien FLOREK – IT System Manager – PFSI Centre.

Why have you chosen to connect up your alarms systems?

Olivier TARGA: Many different devices give off alerts. We wanted to manage and supervise them from a central system to make certain processes automatic in order to improve security, responsiveness and organise staff better.

When the project began, Amiens University Hospital was spread over five separate sites and we had to solve the problem of signals sent from fire alarm control units. Our software publisher provided an ‘event hub’, the Surycat solution, which triggered a phone call to the nearest group of first responders by following predefined scenarios in case one of the sites had a problem. The second need was about recovering ITP elements (Isolated Worker Protection) to send alerts to security teams quickly.

Did building the single-site hospital, which opened in 2014, reveal any new needs?

Olivier TARGA: New needs have indeed emerged – especially regarding logistic alerts which send simple text messages to warn workers about when the AGV is arriving and unloading. This made it possible to optimise flows and stop workers from having to run around quite so much.

The solution also supports medical plans in emergency situations by making as many workers as possible aware and saving vital time by coordinating resources. Both alerts and phone calls are triggered via the Surycat web interface.

Next September, connectivity will allow us to free ourselves from architectural constraints and directly connect calls from patients’ rooms to physicians’ laptops. Healthcare teams can quickly get in touch with a patient’s room via the wall screen. A pilot service will allow us to test this new technology and we will then implement it throughout the whole organisation depending on the physicians’ feedback.

The way Surycat works is simple: bring events and information together on the platform and then use them to trigger calls, scenarios or alerts.

Amiens University Hospital was spread over 5 separate sites and we had to solve the problem of signals sent from fire alarm control units.

The solution offers an unlimited range of possibilities…

Olivier TARGA: It is also possible to add software packages to the ones we already use! As it stands, the hospital sends appointment reminders on D-2 and D-10 by text message adapted to the appointment site via in-house IT development. Around 400,000 messages are sent every year. Another feature of Surycat would allow us to customise it even more. This system would be particularly useful for our imaging departments which are geographically spread around the organisation and would find it useful to send more precise text message appointment reminders with the exact location of the appointment based on the examination. A test is planned in September and other departments will definitely be involved.

Is using connectivity a way of meeting the growing need for fluidity, speed and security in healthcare organisations?

Sébastien FLOREK: Absolutely, the idea behind the new hospital building constructed in 2014 was: “modernisation, pooling resources and efficiency”. We used an innovative, high-performance and highly-available network infrastructure to provide digital services across the entire institution, so we needed a system that could be effective enough to have relevant information about the event in case there were any problems. The Surycat platform met this need. It was already an innovative product and perfectly adapted to hospital standards.

The way Surycat works is simple: bring events and information together on the platform and then use them to trigger calls, scenarios or alerts.

How does Enovacom manage interoperability with hospital equipment made by different brands?

Sébastien FLOREK: Interoperability is what Enovacom is all about! For both highly-specialised companies such as JBT for AGV alerts and ASCOM for PTI, Enovacom has the expertise to interface and connect with different equipment and events.

You also rely on Enovacom’s expertise for other projects, specifically digitalising paperwork and secure messaging services…

Sébastien FLOREK: Enovacom is an agile company and always attentive to its clients’ needs. Our hospital managed to digitalise 50% of its supplier invoices which made processing more reliable. These days you can no longer only think about one healthcare organisation, you also have to factor the whole regional hospital group into the equation. We need to focus on convergence. This is why we are currently working on interoperability with the MS Santé health messaging service to facilitate and streamline exchanging and sharing information between healthcare professionals and Enovacom’s healthcare products.

Amiens-Picardie University Hospital also relies on Enovacom’s expertise in a completely different field: big data. In partnership with Rennes University Hospital, Enovacom has set up interoperability platforms called eHOP to standardise storing patients’ medical data which is all processed differently by different publishers. However, if you want to be independent from EPR publishers, ensure healthcare data will last and combine patient data from several different healthcare services, you have to use this system to really make “Bigdata”.